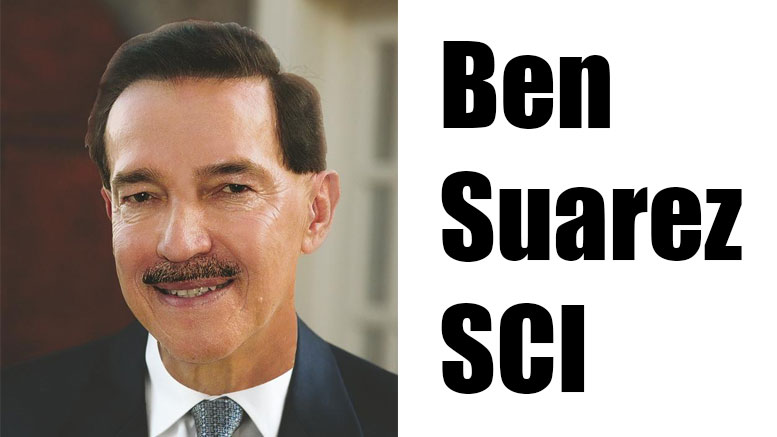 Where are they now? Nearly one year after being released from federal prison, Stark County businessman Benjamin Suarez talks about his company, felony conviction and Donald Trump.

Nearly one year after being released from federal prison, Stark County businessman Benjamin Suarez still becomes animated and defiant when discussing his business interests, what he calls his wrongful conviction and presidential politics.

During a roughly 45-minute telephone interview, he said the Jackson Township-based Suarez Corporation Industries has survived his federal trial on campaign finance-related charges.

In July 2014, the company was acquitted of all charges and Suarez was convicted on a single count of obstruction of justice by witness tampering; he was acquitted of seven other charges related to campaign finance laws and allegations of obstructing justice and causing false statements.

The investigation and trial diverted Suarez’s attention from his company and he was sentenced to a 15-month prison term before early release this past January from a minimum-security satellite prison camp in West Virginia.

Over the course of the last few years, employment at SCI has plummeted from more than 1,000 to currently less than 200, said Suarez, founder and president of the longtime direct-marketing company, which sells an array of merchandise, including EdenPURE space heaters, Joe Namath-branded grills, collectible coins, pasta sauce and jewelry.

“We did have to cut a lot of (staff) but we’re turning the corner now,” he said earlier this month, anticipating hiring more employees.

SCI is facing multiple civil lawsuits in Stark County Common Pleas Court from vendors who say they are owed money. Suarez declined to discuss details of the pending cases and said he doesn’t expect the litigation to significantly impact the company’s financial health.

Blaming the administration of President Barack Obama for his criminal prosecution, Suarez continues to file legal challenges in an effort to overturn the conviction. Multiple appeals have been unsuccessful to this point.

Of his relentless effort to clear his name, Suarez said, “I didn’t do anything and I’m not going to have a criminal record.”

Prosecutors accused Suarez and Michael Giorgio, SCI’s former chief financial officer, of recruiting company executives and their spouses to make political contributions with the understanding they would be reimbursed, a violation of federal law.

A total of nearly $200,000 was raised for the campaigns of U.S. Senate candidate Josh Mandel and U.S. Rep Jim Renacci, R-Wadsworth. The two politicians were not charged or accused of wrongdoing and both later returned the campaign money. Mandel is the state treasurer.

Suarez’s criticism of the Obama administration isn’t limited to his court case. He also said the outgoing president has been “anti-business.” And he said the Affordable Care Act (Obamacare) has had a crippling effect on business growth nationally in the private sector.

But Suarez said he’s confident new products and online ventures will grow the company and raise its profile. “We’re back on course now,” he said.

New business initiatives include “United Cloud City,” a social media platform. Scheduled to be tested next year, Suarez said, no firm date has been set for its online launch.

“It’s a bigger and better version of Facebook,” he said. ”… It’s a virtual city (with) districts for government, the news media … (and) shopping districts (including actual retailers).”

A national online presence is also a focus of BargMAX, which includes a retail store on Whipple Avenue NW in Jackson Township. BargMax, an SCI offshoot, operates a liquidation website specializing in brand-name products and merchandise from national retailers, including “overstock, overrun, canceled orders and surplus merchandise,” according to its website.

Compared to Amazon, Groupon and other Internet-based business models, BargMAX is “going to fully utilize … the Internet as a fully two-way interactive medium,” Suarez said. BargMAX also features a membership club and a “buyer-seller match service” aimed at discounted prices, he said.

“The Internet has been robotics before and you’re always dealing with a computer software program that does not think and does not have the ability to react to changing circumstances,” Suarez said.

“I think northeastern Ohio is really going to grow,” he said. “And I’m looking to make it the next Silicon Valley.”

Newer models of the EdenPURE heater also cool space inside homes. Suarez acknowledged that patent issues resulted in competitors and imitators saturating the marketplace and “parasiting off us” with similar products that he said are inferior. SCI is now manufacturing EdenPURE heaters offsite.

“We will have USA models and overseas models for EdenPURE and we’re now trying to establish USA manufacturing,” Suarez said.

The Namath Rapid Cooker, an EdenPURE product, is being modified and improved based on consumer suggestions. Next year the football legend will be selling the updated version on QVC TV, Suarez said. “There were certain things consumers didn’t like,” he said.

Suarez, 76, said he devotes the majority of his time to business endeavors. “I work seven days a week,” he said, only breaking from his routine for any length on Sunday to spend time with family members eating dinner and watching sports.

In his spare time, Suarez said, he reads a variety of publications. A book he enjoyed and highly recommends is “Liberty and Tyranny” by conservative talk radio show host Mark Levin.

Suarez said he ardently supports Donald J. Trump’s election as president. Suarez said he predicted last spring that Trump would claim the nation’s highest office in a landslide victory. He praises Trump for his business acumen and vows to create a robust economy.

Asked to reflect on the legacy of Barack Obama, Suarez said the Democrat will be remembered as the country’s worst president. But he has lofty expectations for Trump, predicting he’s “going to be the most successful president in the history of the country.”

Added the entrepreneur, “When (Trump) brings back the economy, all of his critics will all go away; they will not have a basis to stand on.”

Of Hillary Clinton, Suarez opined, “She would have been a disaster. She’s a communist. The point is everybody wants to help the poor. We do voluntarily, and if communism and socialism worked, I’d be for it, but it doesn’t work.

″… All systems are imperfect, but capitalism is the best thing that ever happened to mankind.”

This article was originally published on http://www.cantonrep.com/news/20161231/defiant-suarez-talks-conviction-trump

Be the first to comment on "Defiant Suarez talks conviction, Trump"