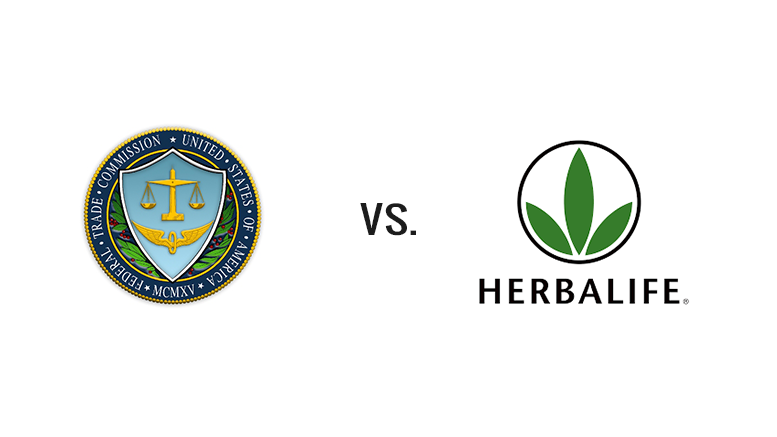 Recently, Herbalife’s (NYSE:HLF) shares have performed very strongly as a result of an earnings beat and an update from Herbalife regarding the FTC. Investors viewed the news of a possible FTC settlement highly favorably and thus sent the stock up considerably. The market is currently fixated on the fact that Herbalife estimated a modest payment of $200M (note that it doesn’t actually have a deal). This view was reinforced by the fact that this number was reported on hours before the full language of the 10-Q was published which made investors and the media excessively fixate on it.

However, I believe that the assumption that the totality of Herbalife’s regulatory risk is $200M is completely wrong. The biggest risk facing Herbalife is changes to its marketing plan (the Golden Goose). In this article, I will take you through Herbalife’s business model and speculate on what the FTC may require Herbalife to change. The article is an assessment of regulatory risk which is by its very nature uncertain. We do not at this stage know what the FTC wants to do. However, we do know that changes will be made and these will be non-trivial.

A Massive Hint From The FTC

The way in which Herbalife’s FTC position was made public was highly unusual. However, even more unusual was the fact that the FTC decided to make a statement through a spokesperson the very same day. Reporting on the statement Reuters said:

The FTC said a possible settlement could also require Herbalife to change certain business practices. Injunctive relief, a spokesman said, could be “just as significant as the money obtained for consumers and even more influential on a company’s future operations.”

Investors should read this statement extremely carefully. Essentially, this statement is saying that the changes to Herbalife’s business model will be more influential than the $200M payment that Herbalife’s management expects to make (this is an estimate and not the result of a deal with the FTC). At this point, we do not know what the changes are only that there are likely to be changes and that they will be more influential than a payment of $200M. Investors are best to watch from the sidelines until there is more clarity about what business model changes will transpire. At present, Herbalife is not a compelling investment even under the assumption that no materially adverse regulatory action is taken.

Compounding this statement, we also got a hint from Charles Gasparino at the Fox Business Network (which is discussed extensively by QTR here) who said that Herbalife had agreed to some business model changes but was still haggling over the final settlement. It is now abundantly clear that material changes to Herbalife’s business model are highly likely to transpire. In this article, I will explain what these changes are likely to be and how these are likely to affect Herbalife. I believe the market does not fully understand the possible effects of changes to the company’s business model and hence is significantly mispricing the company’s regulatory risk. The New York Post, however, published an article contradicting both the FTC and Gasparino by stating that Herbalife had reached a settlement that does not include major changes. However, a corporate source told Gasparino that no settlement had been reached. Furthermore, ValueWalk concurs with this view.

The best indication we have regarding regulatory action from the FTC is what happened at Vemma. I believe that the most likely action the FTC will take in its injunction is to impose rules that will make running a pyramid scheme impossible. It is much easier for the FTC to mandate simple anti-pyramid rules than to attempt to close a company for being a pyramid scheme (as the seemingly never ending FTC vs. BurnLounge Inc. case showed). It would be exceedingly difficult for Herbalife to argue that it is unreasonable for it to implement anti-pyramid scheme safeguards.

Continue to the rest of the article – Article Source – SeekingAlpha.com