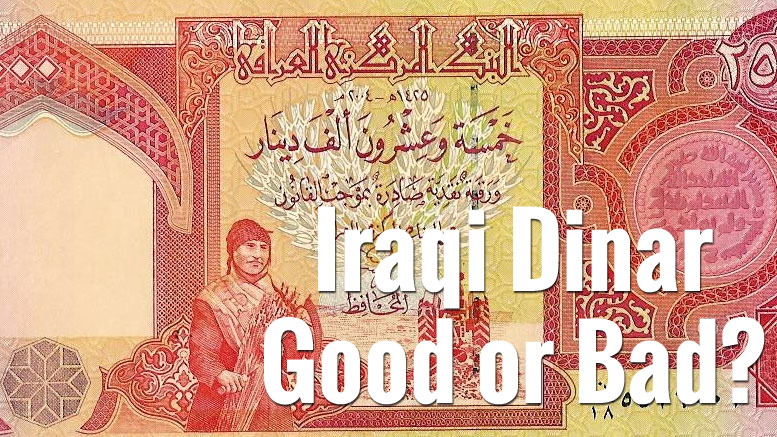 If you have been involved in MLM for a period of time after 2003, you have probably heard about the Iraqi Dinar.

Although maybe a few fringe MLM companies have anything to do with the Dinar, the Dinar topic has been hot and heavy.

The Dinar gurus state the numbers of people on their calls are huge. The numbers make MLM attendance numbers look minuscule by comparison.

It’s wild. If money and people’s hopes and dreams were not involved, it would make interesting entertainment.

However, the stakes are high.

Break Free Radio hosted a call from an “expert”. In a recent post, “There has been an increase in scams seducing dinar holders with promises of higher rates, exclusive deals, or insider opportunities. THESE ARE ALL SCAMS! The dinar will be EXCHANGED, at your bank of choice, WHEN the announcement is made by the CBI and not until then. All other seemingly GREAT or SECRET deals are just ways to separate you from your investment.”

If you’re interested in hearing the radio show, go to:
To hear the latest interview with Tony Elder, go to: http://www.breakfreeradio.com/interview-with-tony-august-5-2015-2015-dinar-scams-and-seattle-event/

Editor’s Note: We take no position on this.
Sincerely, undecided.

FBI and IRS Are Looking at Dinar and Other Foreign Currencies