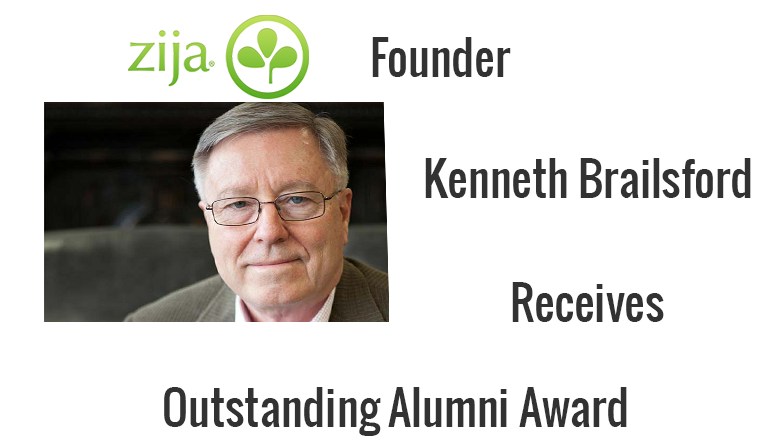 The award recognizes Brailsford’s many accomplishments, including his work as a student, commissioned Army officer and entrepreneur. After earning a degree in economics from Brigham Young University and marrying his college sweetheart, Brailsford served stateside in the Army as the Vietnam War was coming to an end. He then returned to Utah and decided to further his education by attending UVU (then Utah Valley Community College) under the GI Bill.

To provide for his growing family, Brailsford co-founded Nature’s Sunshine Products, now the No. 44 direct selling company in the world, with annual revenue of $366 million. Under his leadership as President, Nature’s Sunshine was said to be the first nutritional company to encapsulate herbs—an innovation that earned Brailsford the title “Father of Encapsulation.” He left Nature’s Sunshine in 1979, but returned six years later to the direct selling model when he, his wife, Linda, and David Lisonbee, now Founder and Chairman of 4Life Research, founded Nature’s Labs Inc., later renamed Enrich International.

Although Brailsford retired in 1997, his direct selling journey would not end there. When his interest in pharmacology led him to the moringa oleifera plant—a superfood prized for its high levels of vitamins, minerals, vital proteins, antioxidants and omega oils—Brailsford decided to consult with scientists and researchers to find a way to bring the benefits of moringa to market. In 2005, he founded Zija International to do just that. In 2012—its best year yet—the nutrition and skincare company topped $100 million in revenue.

According to Brailsford, “lead, follow, or get out of the way” is the motto that has guided him throughout his life and career. “I don’t mind following, and I don’t mind leading,” he told UVU Magazine. “I can do either—I just want to be moving forward.”