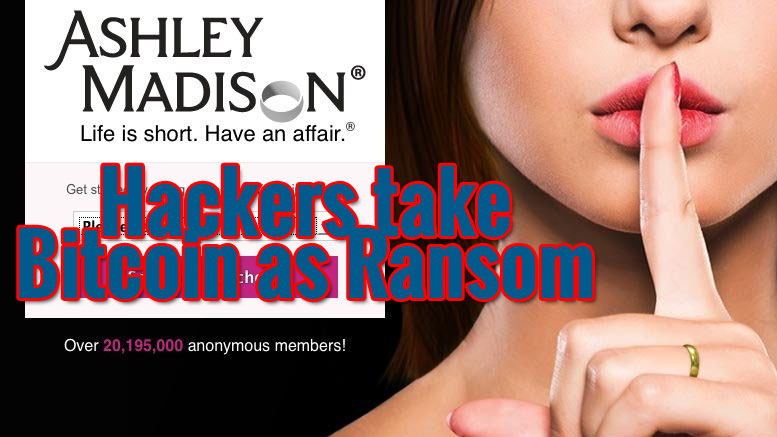 If copying is considered a compliment of sorts, it appears bitcoin is now “legit” for use in blackmail and ransom.  Here’s one  recent example on Ashley Madison.

If you are unfamiliar with the story… some people (hackers) must not like what Ashley Madison (the website) does.  The site allows members to “have an affair, because life is so short.”

So, the hackers posted some pretty detailed parts of the database on line in a massive data dump… and some people might be sweating it out a bit.  Rumors of divorce, among other things, are all over the place.  Credit card numbers, names, addresses, naughty details out in the wild … for anyone to check.

One solution … have bitcoin, pay blackmail…and your supposed-to-be-anonymous troubles are cleared anonymously through bitcoin. That’s the theory at least.

For all the MLM cryptocurrency people out there, you too might be considered “legit” when your “coins” can be used for paying off blackmail and ransoms.

Criminals who use Bitcoin targeted under proposed Florida law

“And you thought Bitcoin was anonymous? Tell the IRS.