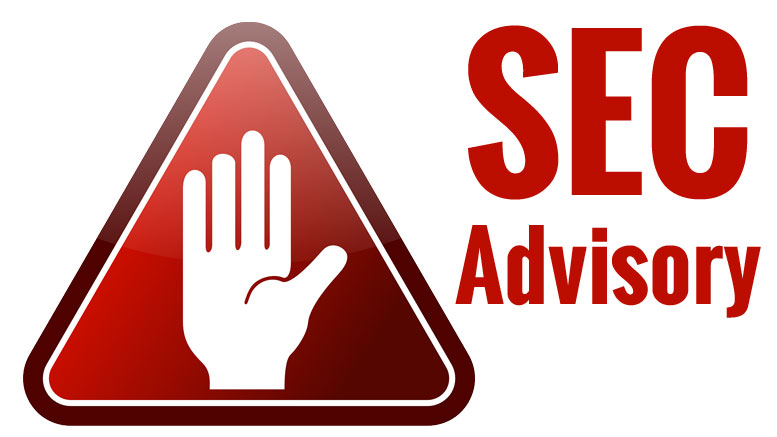 The Securities and Exchange Commission (SEC) advised the public to stop investing in Forward Direct Selling Corp., which allegedly engages in pyramiding operation.

The company is operated by the same people behind One Lightning Corp., which had received a cease and desist order from SEC for engaging in a pyramiding scheme, according to the commission.

“Despite the change in terminology, it is evident from its marketing program that it is attracting people to invest with the lure of profits derived from recruiting investors into the program,” the commission said.

Forward Direct Selling has no license or permit from SEC to solicit investments from the public, as required under the Securities Regulation Code.

“Those who invite or recruit people to join or invest in the venture or offer investment contracts or securities to the public may be held criminally liable or accordingly sanctioned or penalized,” SEC said. —Keith Richard D. Mariano/KG, GMA News

Be the first to comment on "SEC Advisory: Stop investing in “Forward Direct Selling”"

Get Your Tickets Now! Go to:  https://xysuccess-strategies.eventbrite.com Join us on September 18th, 2021 at Noon to Four PM EST Online Event with Several Guest Speakers Ticket…