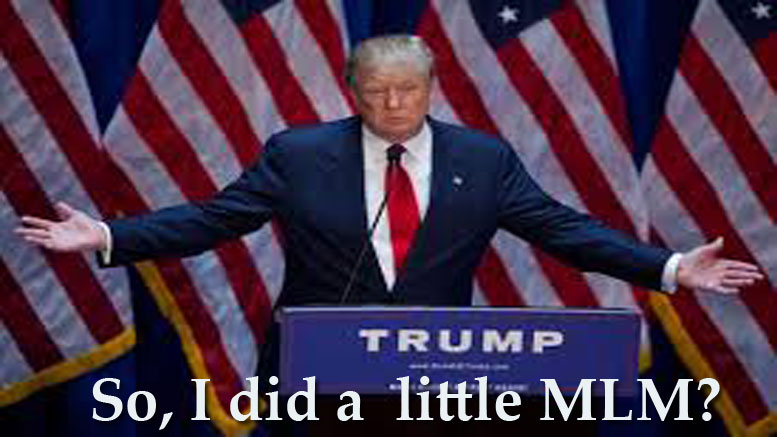 You knew eventually it would come out:
“Donald Trump’s Amway-Style Naturopathic Health Scam” Slam is making the news.
Took a bit longer to come out than many people thought… but we knew, ACN and The Trump Network would be making headlines (in a negative light) against MLM.

The article starts off:
“In addition to his Trump University, which was determined to be an unaccredited scam by the state of New York, Donald Trump also had a short-lived multi-level marketing company that sold both get rich quick dreams (what MLM doesn’t?) and a completely useless set of naturopathic “remedies,” vitamins and work-free weight loss products. Britt Hermes, a former naturopath turned legitimate biomedical researcher, nails him for it: ”

Healthy U for a Better You

Tourists should avoid New Zealand city in 2018 due to $50M in Amway meetings means, says newspaper