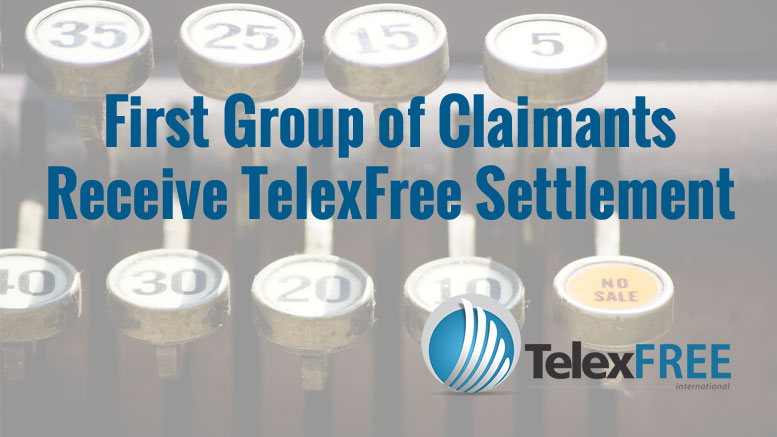 August 14, 2015 – Telex Free “customers” are receiving money back.   When a “deal, product, biz opp etc” goes bad, the government often assigns a court appointed receiver to return money to “victims”.  This is often a complex process… although may be stream lined a little bit because the Zeek Rewards receiver has given some information to the Telex Free receiver.

Thousands of former TelexFree customers have received checks from a $3.5 million fund set up by Fidelity Co-operative Bank of Fitchburg, MA as part of a settlement with the Securities Division of Massachusetts last year. The bank was accused of inadequate oversight and failure to detect suspicious activity in TelexFree’s accounts. More than 14,000 Massachusetts residents were sent checks for $205.52 each.

See the rest of this article on:
http://www.npros.com/press/2015/8/16/3444/first-group-of-claimants-receive-telexfree-settlement-checks.htm