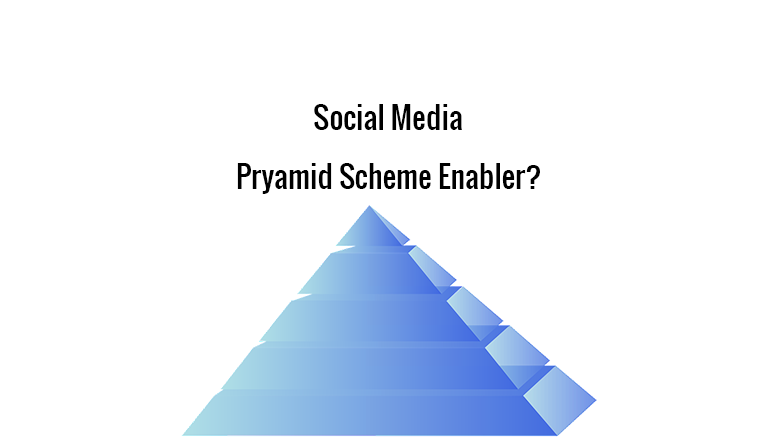 We all have that friend on Facebook posting motivational quotes and discussing the great benefits of products they are selling, such as Herbalife weight loss milkshakes and Organo Gold coffee. On the face of it, they appear merely passionate about the products and feel a burning desire to inform the rest of us about it. Fair enough. However, if you look past ‘the best cup of coffee’ they have ever drank and the ‘amazing weight loss’ they have seen in their customers, you will see that it’s all a mask for something else.

Companies such as Herbalife, Organo Gold, Arbonne, Juice Plus and countless others are multi-level marketing (MLM) companies. This means that their products will never be found in shops, but ‘distributed’ through pyramids such as family, friends and other word-of-mouth connections. This is known as network marketing, and it is becoming increasingly prevalent on social media. It is a valid strategy – retail shops on the high street shouldn’t be the only route-to-market. However, it gravely impacts the lifestyle of a distributor.

MLM companies rewards distributors not for how much product they shift, but for how many other distributors they can sign up to the company – providing they purchase a certain amount of stock each month to qualify them for the reward scheme. Herbalife pays distributors five percent of purchases made by their downlines (the industry term for the people that a distributor has signed up). Therefore the greater a distributor’s downline, the more money he/she will make in the scheme.

Notice that I’m using the term ‘purchase’ – MLM companies do not provide stock for distributors to sell, instead the distributors have to purchase the stock from the company at a discounted price. The idea being that distributors will make a profit when they sell the products at the recommended retail price. But what happens if they are unable to shift the products they have bought? The requirement to purchase a certain amount of products each month in order to qualify for the reward scheme potentially leaves distributors with garages full of stock and a huge amount of debt. It is reported that for an Arbonne distributor to set up business they need to purchase £3,000 worth of products. Great for the person who signed them up, but a great risk for them.

This type of business model is often perceived as being a pyramid scheme – making huge amounts of money for the people at the top, while the people at the bottom struggle to sell unwanted products hoping one day they will be rewarded for conning others into the scheme. In a social media-driven, hyper-connected World, this is worrying. Pyramid schemes are deceitful and mostly illegal, but MLM companies go to great lengths to rid themselves of the ‘pyramid scheme’ label.

Governments across the world struggle to stop MLM companies because what they are doing is not technically illegal. However, so-called ‘activist-investors’ are trying to bring down the schemes. Bill Ackman, manager of the hedge fund, Pershing Square Capital, has waged war with MLM giant Herbalife. Herbalife, who manufacture and sell nutritional health products, has yearly worldwide sales of just under $5billion and is floated on the New York Stock Exchange at around $55-a-share. Ackman has attempted to bring down the company he believes to be deceiving poor people into its ‘get-rich-quick’ scheme and executed market tactics in order to destroy it. First, he used a technique known as short-selling, which is a gamble that the companies share price will go down, however when used on a large scale it actually drives the price down. Second, he launched a series of presentations on the evil of Herbalife and the consequences faced by failed distributors.

Three years on, Ackman is still trying in vain to bring Herbalife to its knees, however rival investors have opposed his tactics and the company seems to be sustaining itself despite his actions. So if governments and billion-dollar hedge fund managers can’t stop the MLMs, who can?

The answer is us. Scams occur when people are ignorant; very few people know the true intentions when their friends start promoting MLM companies’ products on Facebook and other social media and can easily fall into the trap. It may seem like our friends have gotten themselves into an exciting business opportunity but the truth is that they have either been scammed into it or are attempting to scam people into. Or, even more sadly, both.

Herbalife, Organo Gold, Arbonne, Juice Plus and the many others are scams that make billions for the people at the top and leave the vulnerable people at the bottom in great debt. MLM companies use Facebook and other social media as a tool in their business model, so it’s up to us to be vigilant and see these 21st century scams for what they really are

Be the first to comment on "Is Social Media a Pyramid Scheme Enabler?"