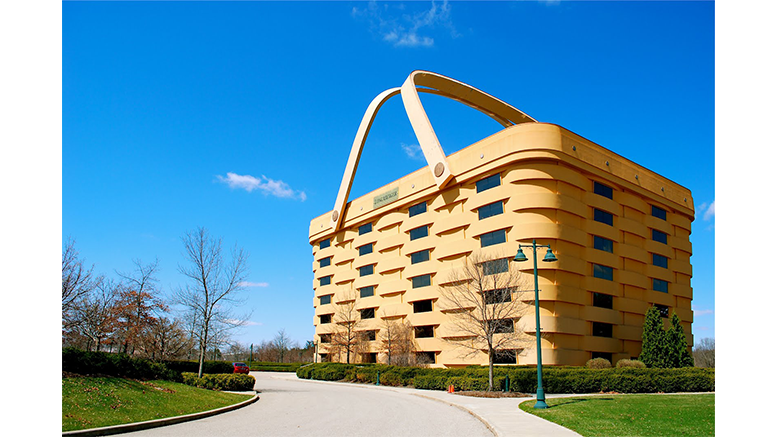 By Tim Feran
The Columbus Dispatch • Wednesday October 7, 2015 5:33 AM
Tami Longaberger isn’t the only one to whom the Longaberger Co. might owe money.

Licking County Auditor Mike Smith said the Newark basket-maker founded by Longaberger’s father owes $373,847.68 in back taxes. Much of that sum was meant to cover the cost of roadwork, lighting and other improvements completed when the company’s iconic “Big Basket” headquarters was built nearly two decades ago.

The news comes after last week’s report that Tami Longaberger is suing the Longaberger Co. to recover $1 million she lent to the company while it was, she says, “experiencing a severe cash crisis.”

Tami Longaberger, who resigned as CEO in May, alleges in her suit that in June 2014, executives at Longaberger parent company CVSL asked her “to loan as much money as she could so that the companies could meet their immediate financial obligations.”

Tami Longaberger agreed to make a loan to the companies and had to “liquidate some personal investments to come up with the entire $1 million loan amount,” the lawsuit says.

CVSL has not repaid any principal or interest, according to the lawsuit, which was filed in August in Franklin County Common Pleas Court.

Meanwhile, the back taxes owed to Licking County stem in large part from about $3.2 million that Newark spent on work associated with the headquarters construction. Newark was expecting Longaberger Co. to pay more than $360,000 a year to pay it back through a tax-increment financing arrangement, or TIF, created in 1996. The arrangement allows companies to pay TIF fees instead of real-estate taxes.

At the time the financing arrangement was made, Longaberger Co. was approaching its glory days. Sales peaked at $1 billion in 2000, and in the same year, the company had its largest workforce: more than 8,000.

But by 2006, a struggling Longaberger Co. was looking for ways to cut costs.

The city agreed to rework the TIF agreement, one that left Longaberger Co. paying less than what Newark owed to pay off the debt from the infrastructure work. Longaberger Co. agreed to pay the difference between the TIF fee and Newark’s debt.

“And they made that payment for several years,” Newark Mayor Jeff Hall said in an interview this past summer.

Early that year, Dallas-based CVSL Corp. acquired a controlling stake in Longaberger Co. Over the next year, CVSL began reducing inventory and selling off assets — and, according to Tami Longaberger, took a $1 million loan from her.

But although those actions allowed CVSL to pay off Longaberger Co.’s last remaining bank debt, during that time the company began not paying the additional amount agreed to under the new TIF agreement.

“There was a (report) that said they paid off their debt, which I didn’t totally agree with,” Hall said. “They were behind in property taxes.”

Longaberger Co. did make seven payments last fall of $10,000 each, “and at that time, we thought there was some good intent going,” Hall said.

Those payments have stopped while Longaberger parent CVSL challenges the property-tax valuation of the Big Basket, CVSL spokesman Russell Mack said in an email.

“They’re behind on taxes, but can you foreclose? Potentially,” Hall said. “But knowing they’re trying to get back on track, you want to try to help a business in that situation. We don’t want to chase someone out, and then the building sits empty. After all, what would you do with a seven-story basket?”

Be the first to comment on "Licking County auditor says, Longaberger Co. owes back taxes"