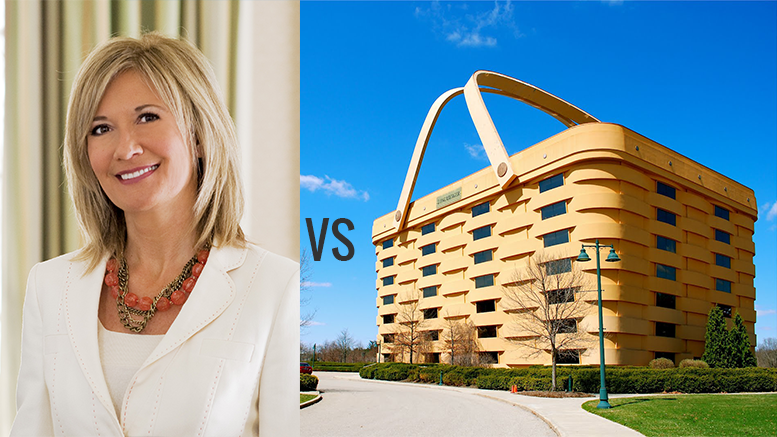 CVSL alleges in its Monday filing that all of Tami Longaberger’s claims fall within the scope of the arbitration provision in the employment agreement between CVSL and Tami Longaberger, so the loan repayment issue should be settled in binding arbitration.

In addition, CVSL alleges Tami Longaberger’s actions during her employment damaged the companies “far in excess” of the amount she seeks.

“In fact, CVSL and TLC have responded to plaintiff’s arbitration demand with multiple counterclaims directed to the seriously damaging actions plaintiff took while employed with them, including breach of fiduciary duty, fraud, negligence, conversion, misappropriation of company funds, civil theft, breach of contract, and misappropriation of trade secrets,” CVSL states in its motion.

Tami Longaberger, the former Longaberger CEO who earlier this year left the company her father founded, sued CVSL and the two subsidiaries on Aug. 12, seeking repayment of three loans she made to the financially-strapped companies last year. The loans were due to be repaid in June and July, she alleged.

Tami Longaberger filed an arbitration demand the same day as she filed the lawsuit, CVSL states. The loan repayment issue is only part of the disputes to be resolved in arbitration, CVSL states.

“The parties thus agreed that any dispute arising out of plaintiff’s employment relationship with CVSL, TLC or their subsidiaries would be settled via arbitration,” CVSL argues.

Tami Longaberger, who now lives in New York, stated in April 28 and May 29 resignation letters that CVSL cut her salary by $600,000, reduced her responsibilities, gave another executive authority over her and caused Longaberger to fail to pay taxes to several states, forcing some to seek payment from her personally.

CVSL stated on June 1 it had terminated Tami Longaberger on May 27 because she had an inappropriate personal relationship with a subordinate Longaberger executive, refused to work with the sales field and rarely showed up at the Newark corporate office.

Be the first to comment on "UPDATE: CVSL Responds To Longaberger Dispute"