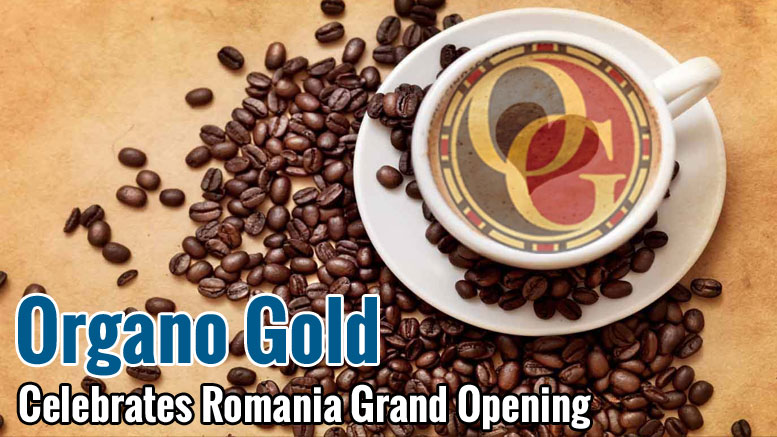 Organo™, the gourmet coffee company that caters to consumers active lifestyles, is officially celebrating the grand opening of Romania with a weekend of events open to Distributors and the general public, which opened operations in September.

The grand opening weekend will commence with a VIP reception and dinner on October 10 for all ORGANO™ Independent Distributors ranked Sapphire and above. October 11 activities will be celebrated with all ORGANO™ Independent Distributors, their customers and the general public. The popular European ORGANO™ Beverage Truck will be on hand dispensing logo merchandise and Distributor promotional packages. ORGANO™’s popular “Zone 1” leadership training will be available to Distributors.

“Romanians are rediscovering their love of coffee and demand is high., “ stated Holton Buggs, Executive Vice President of International Sales and Marketing at ORGANO™. “We are also finding a lot of interest in the ORGANO™ opportunity which is evident with the expected high turnout for our Zone 1 Leadership Training.”

“This weekend we celebrate ORGANO™ and our pioneering Independent Distributors here in Romania,” stated Carmen Pratt, Vice President of European Sales and Marketing for ORGANO™. “We are incredibly proud of their hard work, diligence, leadership and commitment to the market.”