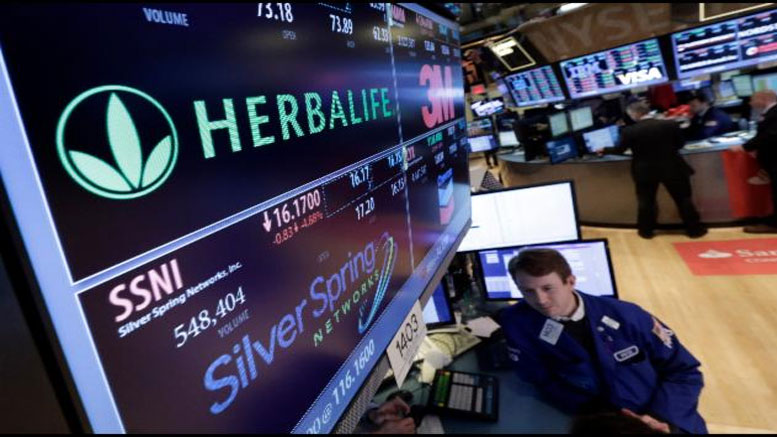 The fund, which manages the personal wealth of hedge fund giant George Soros and his family, had been at the center of a high-profile debate about Herbalife’s business model.

In December 2012, hedge fund manager Bill Ackman accused Herbalife of operating a pyramid scheme and said he had taken a $1-billion short against the company’s stock, a step that would allow him to profit if the stock lost value.

Carl Icahn, a rival hedge fund manager, later defended Herbalife, buying 17 million shares of the company’s stock and saying Ackman was misguided. The Soros fund, which no longer is managed by Soros, sided with Icahn.

The Soros fund held as many as 3.4 million shares of Herbalife, before shedding the position to 2 million shares — valued at $108 million — by June 30 of this year. It sold the remaining shares in the third quarter of this year, according to a regulatory filing.

As of Sept. 30, Icahn still held his Herbalife shares, which have surged more than 40% this year after faltering in 2014.

A spokesman for Herbalife did not immediately respond to a request for comment.

Herbalife, founded in 1980, sells protein powders, vitamins, juices and other products through a network of independent salespeople in more than 80 countries around the world.

Ackman has taken issue with the way Herbalife compensates those salespeople. He said most of them make little or no money, while a fortunate few get rich through commissions based on sales of those they recruit into the business. Herbalife said the model is legal and similar to many other multilevel-marketing firms.

Prompted by Ackman’s campaign, the Justice Department, Federal Trade Commission and state attorneys general have said they are investigating Herbalife’s business model. No action has been taken.

The company has said Ackman’s accusations are false and are intended to manipulate its stock value.

Ackman did not respond to a request for comment.

Lessons from the FTC’s Herbalife and Vemma cases

Be the first to comment on "Soros Fund Management sells sizable stake in Herbalife; stock dips"