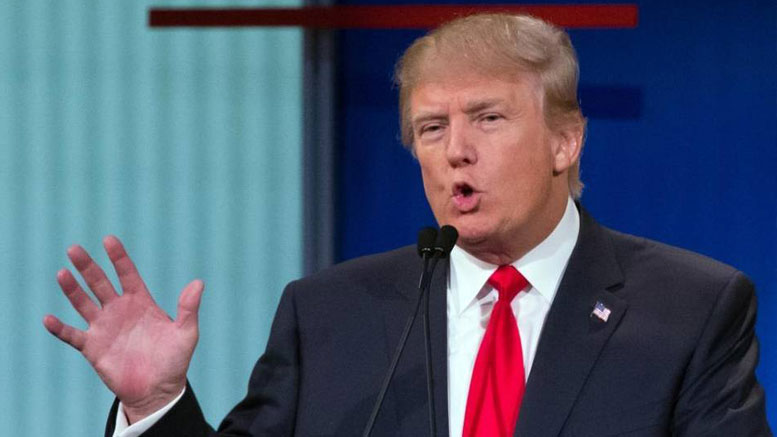 Donald Trump and his ties to MLM will start to come out more frequently, we are sure.  This one is a about ACN.  Wait until they start pounding “The Trump Network.”

Donald Trump, front-runner in the Republican presidential race, has made millions promoting Concord-based ACN Inc., according to a report Thursday in the Wall Street Journal.

Trump, the Journal reported, featured ACN twice on his former reality TV show, “The Celebrity Apprentice.” According to campaign documents recently released by Trump, he made $450,000 apiece for three speeches for ACN in 2014 and early this year.

He has made other paid appearances for ACN, and has pitched products such as an ACN video phone that eventually flopped. Trump told the Journal that he isn’t familiar with ACN’s business or business practices, but was hired to give motivational speeches. He also said ACN paid for its two appearances on “The Celebrity Apprentice.”

“I do not know the company. I know nothing about the company other than the people who run the company,” he told the Journal. “I’m not familiar with what they do or how they go about doing that, and I make that clear in my speeches.”

“They paid a lot of money to go on the show,” Trump told the Journal. “It was like a two-hour advertisement, as opposed to a 30-second commercial.”

ACN, based in a building off Interstate 85 north of Charlotte, recruits people to sell its services, such as digital phone service, satellite TV and energy services. Regulators and consumer advocates have raised concerns, saying few participants, who pay $499 to become ACN sales representatives, make money.

In a written statement to the Journal, ACN said a majority of its revenue comes from “actual, billing customers,” and participants “are only paid when they acquire a customer” and “do not receive any compensation whatsoever for recruiting.” The company declined to answer additional questions about its compensation structure and business model, the Journal said.

In a statement to the Observer, ACN defended itself:

“The Wall Street Journal chose to run a biased story that reflected the opinions of the reporters rather than the facts on ACN or our relationship with Mr. Trump. To them, their version of events was far more newsworthy than a story about who ACN really is – an upstanding company with a reputation of integrity who partners with some of the world’s largest telecommunications companies and provides individuals with an opportunity to change their lives for the better, all while donating millions of dollars to charitable organizations around the world.”

Is Accenture Overvalued Or Worth The Price?