doTERRA has been named one of “America’s Best Employers” by Forbes magazine, adding to a list of similar accolades received by the company and its employees. doTERRA is listed at No. 10 of the top 250 midsize employers nationally. According to Forbes, doTERRA is the No. 1 ranked employer in the packaged goods category, No. 1 enterprise in the state of Utah, No. 1 employer in the mountain states area, and No. 2 company in the entire Western United States.

The companies on the Forbes lists of best midsize and large employers were chosen based on an independent survey among a sample of 30,000 American employees working for large or midsize companies or institutions. The survey was conducted on companies from all industry sectors including educational, healthcare, and business enterprises employing more than 1,000 workers in the United States. The willingness to recommend one’s own employer to someone else was used as the most important factor in the assessment. A secondary dimension to the assessment involved asking employees to mention good or bad employers in sectors and industries besides their own.

“doTERRA is more than a growing company of Wellness Advocates and employees. We are a family. We appreciate this recognition from Forbes as it is a reflection of the environment we work to cultivate in every aspect of the business,” said David Stirling, CEO, doTERRA.

Be the first to comment on "Forbes ranks doTERRA No.10 as America’s Best Employers of 2016" 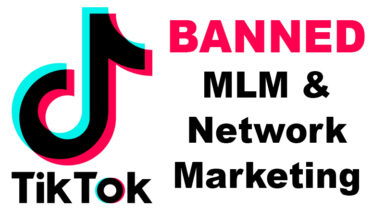 Tik Tok, has banned MLM Promotions Here’s what one MLM critic has to say: