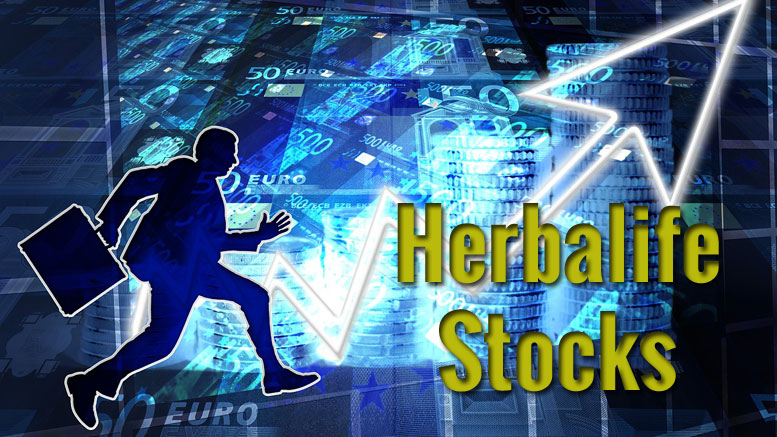 Nu Skin Enterprises Inc shares tumbled 25.7 percent after the company said it expects third quarter revenue of $570 million to $573 million, down from an earlier projection of $620 million. Two investors in Herbalife said that Nu Skin’s troubles were directly related to Herbalife’s stock price decline on Wednesday.

On Tuesday, Ackman, who has bet $1 billion that Herbalife’s shares will fall after accusing the company of running a pyramid scheme, said that he had more information on Herbalife when asked about it by a reporter at a conference sponsored by Bloomberg. Herbalife denies running a pyramid scheme where members make more money by bringing in new members than selling the actual product.

“Lots of new stuff, none I can report,” Ackman said in response to a question whether there was something new to say about the company. He was speaking after Tuesday’s market close.

During his nearly three-year campaign against Herbalife, Ackman has made several long presentations that detailed the company’s shortcomings. Several times the Herbalife share price went up when Ackman spoke.

Herbalife Today Posts First in a New Series of Videos on TheRealBillAckman.com

Be the first to comment on "Herbalife shares slump on Nu Skin, Ackman’s ‘new’ information"